Formerly known as Bushy Park Wholesale, Big Watermelon supplies a wide range of fruit and vegetables direct to the public!

We also cater to wholesale customers such as retailers, restaurants and any businesses in the food services industry which require fresh fruit and vegies, since we offer bulk discounts.

Our goal is to build a long-term business full of happy, loyal customers, so that’s why our focus is on making our quality fresh produce affordable to everyone.

People come from all around the south eastern suburbs of Melbourne to Bushy Park Wholesale for their fresh fruit and veg.

Look out for the BIG Watermelon! 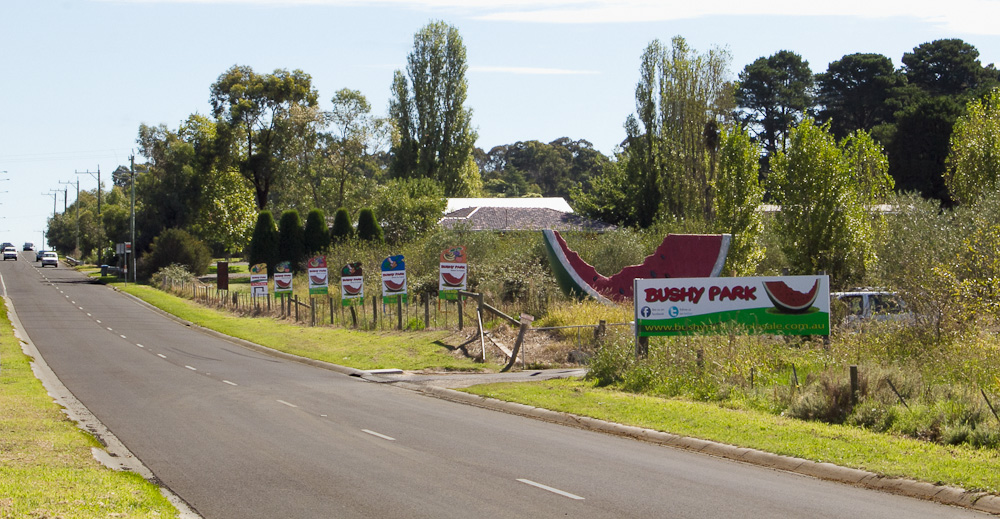 Look for the Big Watermelon on High Street Road.